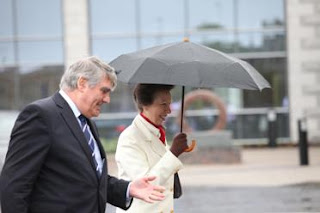 Today we have announced the retirement of our Chief Executive Sir Moir Lockhead.

Moir has been the ‘father of the industry’ for some considerable time having led the organisation to be the largest international surface public transport operator in the world.

He left school at 15 to become an apprentice mechanic in Darlington. He spent a short time with Tamac before rejoining the bus industry, rising to become General Manager of Grampian Regional Transport in 1985.

In 1989 he led a management buy-out of the company and subsequently made further acquisitions. Ultimately, in 1995, it merged with Badgerline Group to become FirstBus – a name which would last only a couple of years but which has stuck in the minds of many. It became FirstGroup in 1997 and has stayed like that ever since.

Moir led us into many new markets – rail franchises, an Airport, business in the Far East, Europe and to a significant extent in the USA. As a result the organisation has revenues of over £6bn, with over 2.5bm passengers a year. As he retires he leaves us the largest bus operator in the UK, the largest rail operator in the UK, and the largest single operator of yellow school buses in America.

He has had without doubt a lasting influence on the business and the industry. It is amazing to consider the size of the organisation now from its origins and even since Moir acquired my own business in 1998 for the Group.

We both tell the same story to new people we meet – he asked me to stay six months and that was over twelve years ago! Throughout that time he remained totally in touch with everything that we were doing and it is true to say at the end of any time with Moir you always came away feeling strongly about some things which needed to be done – not because he wanted it, but because you did. A special talent that few people have of sowing a couple of seeds in your mind and leaving them to grow.


A new chapter for FirstGroup indeed, and knowing Moir’s boundless energy, the industry will still see plenty of him in the future.
....