The first ever Spring Gathering at the Brooklands Museum was held last Sunday and I was delighted to be asked to preside over proceedings. For many, it was the first visit to the London Bus Museum in its new home.
My first role was to host a reception for our sponsors and for those who we hope might become so. Becoming a sponsor entitles you to access a unique facility for conferences, training, and events. Large organisations normally spend considerable sums on ordinary hotel and conference facilities anyway. A small proportion of their budget for this generates significant funds for the Museum. We are especially grateful for the existing sponsors and those who signed up on the day.
I acknowledge the support already received from:
Alexander Dennis
Arriva London
CBS Outdoor
London United
Epsom Coaches
Metroline
Oracle Creative
Wrightbus

We then moved outdoors and I was delighted to again meet Denise Morgan, sister to the late Colin Curtis OBE, our former President, who was for some 36 years at the heart of technical developments at London Transport. 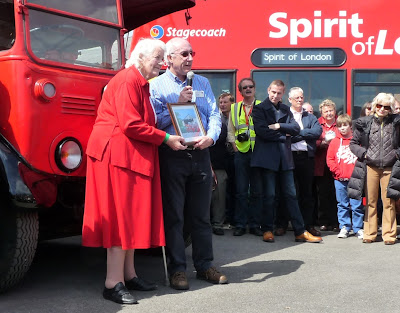 Denise expressed to all assembled, how she had no real idea how her brother had been such an important person to this industry, and how many friends he had. I presented her with a signed painting depicting Colin's favourite vehicles posing outside the original Museum building, now demolished.
Next we welcomed into the Museum's stewardship and thanked their owners: RT2657 from the Paris Transport Museum, RML2760 from Stagecoach, and RW3 from Chris Stanley and friends. On behalf of the Museum, I can promise that the hard work to date will be rewarded by making these vehicles available for the outside world to see.
Finally I was joined by Mark Threapleton, MD Stagecoach London, and George Psaradakis who was the driver of the bus on route 30 destroyed in the terrorist attack of 7th July 2005. A brand new ADL Enviro 400 bus was built to replace it and poignantly named 'Spirit of London'. Shockingly, vandals set fire to it last year causing huge damage. It was unthinkable that this bus - a testimony to the strength of feeling of Londoners to 'carry on' despite the tragedy of 7/7 - would be scrapped. It has therefore been completely rebuilt and here at Brooklands was unveiled again, once more as the Spirit of London, demonstrating Londoner's absolute determination not to be put down by cowardly acts. 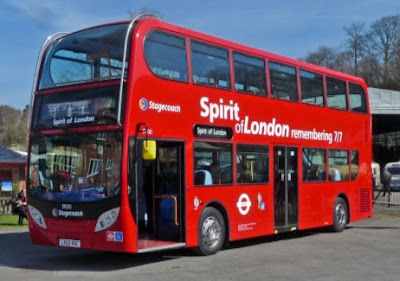 So on this beautiful sunny spring day there was plenty for all to see; a collection which is now properly exhibited in the context of other pioneering forms of transport. The museum lies in the shadow of the famous Brooklands racing circuit, and the various exhibits are intermingled with such notables as the ubiquitous Vickers Vanguard and pre-production prototype Concorde.

The original founders of this enterprise would be amazed at the progress made.

Posted by Leon Daniels at 07:29 No comments: 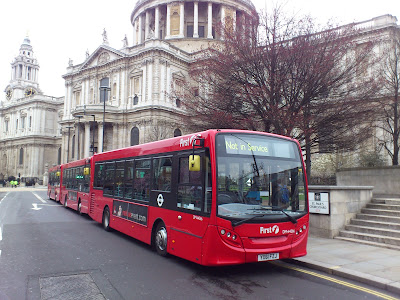 For some years there has been a plan - codenamed Operation True Blue - which set out in some detail the arrangements for Baroness Thatcher's funeral. As is the way of these things the plan is robust enough to make sure that it can swing into action at a moment's notice but leaves some details to be progressed at a later date.

It might seem a little morbid to be discussing these arrangements whilst the person is still alive, however there is so much to do in the 10 days or so from death to funeral that this advance planning is essential.

Therefore, minutes after 1128 on 8th April, Operation True Blue swung into action with the funeral service on the following Wednesday a little over a week later. For us that means road closures, street furniture removal, bus service diversions, and a thousand other issues all to be done jointly with all the agencies each having their own long list of things to do. In the middle of this mix are the niceties of protocol and overseas diplomacy (so for example the Argentinian President was not invited but his Ambassador to London was).

The risk of protest, disruption, and terrorism was always present and a quite separate plan to deal with those issues was also devised. Thankfully wet weather helped dampen the Saturday protests down and gave us a clue as to what we might expect on the day of the funeral.

The funeral of course is only part of the story - there are many other movements to arrange. The body itself had to leave the Ritz Hotel with the undertakers and return to the Palace of Westminster later. A full rehearsal of the funeral procession had to take place at 0300 a couple of days before the actual event.

A hierarchy of daily meetings sorts out the issues and enables information to be exchanged. Best of all, it provides an excellent forum for problems to be solved by inter-agency co-operation.

A fairly recent addition to the plan was the introduction of receptions at Mansion House and Guildhall for the significant number of important guests especially from overseas. This enlarged the closure area affecting a larger chunk of the City of London and guests from St Paul's Cathedral were faced with a walk along closed streets to those venues. Not all are able to walk so far or fast enough. Three single-decker buses were laid on for those who couldn't.

DMLs 44264, 44266 and 44267 were provided from First's Lea Interchange depot. They were chosen as the buses had to have enough seats, the facility for one wheelchair user, and be small enough to turn around in the streets involved and make return journeys. They were very well used and guests were delighted they were available. It isn't very often so many high-ranking overseas officials travel together on a London bus! 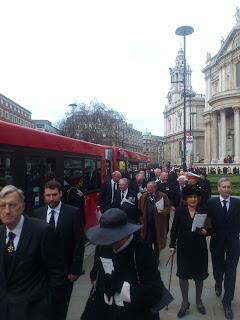 After the funeral there were movements to the Royal Hospital Chelsea and Mortlake Crematorium before finally London returned to normal and the period of undoing all of the changes got underway.

Naturally, by Thursday morning, London was back to its old self again. It would be tempting to say that all those involved breathed a huge sigh of relief but of course over the next three days the London Marathon has to be delivered..........

The stream of New Buses for London starts 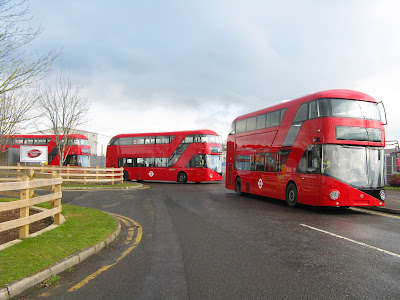 In only a couple of months route 24 will be converted, overnight, to a fleet of New Bus for London vehicles and so delivery of the fleet of 600 production vehicles is now underway. This photo shows LTs 9,10 and 11 leaving the factory for the docks.

Construction started last year. The vehicles take advantage of volume production, with lighter materials, latest developments, and increasing production line familiarity. Vehicles will be despatched from Ballymena at an increasing rate and vehicles will be stockpiled for each conversion.

We have two conversions to do this year, starting with route 24 at Metroline. (No this blog won't let on what the second one is....yet!).

Meanwhile most of the prototype fleet are at work on route 38 and operating very reliably indeed. This will continue. Further testing work has been underway as well as work to bring LT1 into line with the other prototypes. There is a significant demonstration programme to other operators being devised following numerous requests, so you will see examples making some unusual journeys. Details of these will be announced shortly. 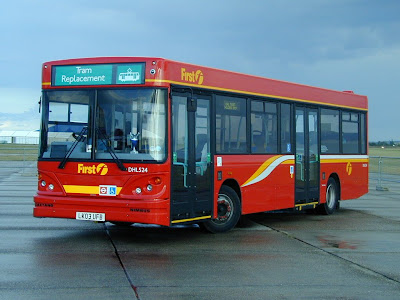 to see the official announcement