A search for optimism 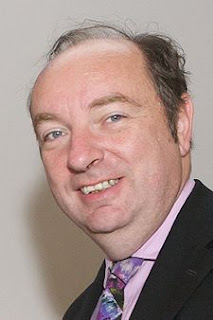 Something of a busy week as you might imagine and Thursday night was the annual Confederation of Passenger Transport dinner.

Guest of honour was Norman Baker, Parliamentary Under Secretary of State for Transport who admitted to having gone rather pale when earlier his officers had told him there had been a reshuffle. Of course it wasn't a Ministerial reshuffle but the appointment of Giles Fearnley as our Managing Director Bus at First.

But the shuffle is rather more extensive since Giles has been Chairman of CPT - a post he has had to relinquish. And so at our CPT Council meeting yesterday morning we hurriedly persuaded outgoing President Steve Whiteway of Epsom Coaches to stay on another year and incoming President Ian Morgan of Trent Barton to become Chairman instead. Thus Ian made his planned speech at last night's dinner in a capacity he hadn't expected 24 hours earlier.

Ian made some very strong points to the Minister as the industry faces a 'perfect storm' of regulatory shock and serious reductions in funding.

He reminded the Minister that we are attempting to run our businesses whilst waiting for the forthcoming outcomes of the Competition Commission Inquiry. We are also running them into the new financial year when revised arrangements are coming into force for the carriage of concessionary pass holders. The Government had produced new guidance which the local authorities can follow or not as they choose. Responsibility therefore falls on those authorities all of whom are receiving significantly smaller grants from Government. This will lead to lower levels of compensation for concessionary pass holders as well as significant reductions on tendered bus services, school transport and other areas.

Peter Shipp, Chairman of East Yorkshire Motor Services Group, has already stated clearly and publicly, that the reductions in funding his companies will suffer exceeds their normal annual profit.

Service cuts are inevitable. Some local authorities are already talking about no supported services at all. And for service cuts to be effective from the start of the new financial year the deregistrations will have to be with the Traffic Commissioners by 4th February - that's next week. However, not all operators can do this either as very many local authorities have yet to agree with operators the levels of funding and the appeal mechanism can run on for many months. There is, therefore, considerable levels of uncertainty.

More than one pundit has observed that whilst the Coalition Government may keep its promise to retain the free pass for entitled people, there may, for many people in rural areas, well be no bus services on which to use them.

The Minister recognises these challenges and in his response he reminded us that all areas of society are suffering cutbacks as the Government seeks to reduce the deficit. And indeed the bus industry is well known for its resourcefulness and resilience. How it deals with all this will make 2011 a very interesting year indeed.

We have announced today the appointment of Giles Fearnley as Managing Director Bus (UK, Ireland and Germany).

Giles has considerable experience in the passenger transport industry in both bus and rail.

In 1991 he led the management buy-out of Blazefield Holdings which operated bus networks principally across Yorkshire and Lancashire. He remained as Chief Executive for two years following the Group’s sale to Transdev plc in 2006. As one of the founders of Prism Rail PLC, which operated four passenger rail franchises in the UK, he was appointed Chief Executive in 1997 and led the Group prior to its sale in 2000. Most recently he served as Chairman of Grand Central, the open access operator.

He is currently Chairman of the Confederation of Passenger Transport, having been a past President of the organisation. He is also past Chairman of the Association of Train Operating Companies. Since 2001 he has chaired Journey Solutions, the bus and rail industry initiative to promote integration and also chairs Greener Journeys, the UK bus and coach industry’s campaign to promote modal shift from cars to buses and coaches.

Giles starts with us on 1st February and together with very many in the organisation I am  delighted to have him join us.
...
Posted by Leon Daniels at 23:49 1 comment:

I am writing this aboard a First Great Western HST125 which was this morning named "Sir Moir Lockhead OBE" after our founder and former Chief Executive.

In a carefully guarded secret plan, Sir Moir and Lady Audrey Lockhead were brought to London's Paddington Station this morning where we had the unit already on platform 1.

Sir Moir was completely surprised when 50 or so guests arrived for the ceremony and then doubly surprised when he saw the train named after him! After introductions by the current CEO Tim O'Toole and FGW MD Mark Hopwood, Clive Burrows gave a short speech outlining the parallel great achievements of Sir Moir and the InterCity 125 fleet, the latter having achieved some 8 million miles and still going strong.

After the launch Sir Moir and the guests were taken on board the train for a commemorative journey along the Great Western Main Line and in a loop via Westbury returning to London. Aboard Sir Moir was presented with a scale model of an HST formation bearing his name and he also received, as is tradition on FGW train-naming ceremonies, a third nameplate to keep at home.


After the event the train was due to form the 1545 service to Swansea so should by now be in regular service and was, at least when we left it, with the power car bearing Sir Moir's name at the London end.

A small place in history

I think I inadvertently took a small place in a history book yesterday.

I was on the panel at the Local Government Association conference yesterday "The Future for Buses". It was a dangerous place to be. Nearly 100 local government planners, officers and politicians with just me as the operator plus also the Chairman and Operations Director of CPT for support.

A very good debate in which I hope I reiterated that we are all in favour of growing public transport demand, increasing quality and encouraging modal shift and that every minute and pound we spend arguing about it between us is really a tragic waste that could so easily be redirected. Giles Fearnley, for CPT, also put the case forward very powerfully.

Anyhow I left mid-afternoon and headed to Dublin where we had our own Aircoach Board Meeting today and also a meeting with the new National Transport Authority for Ireland.

Now for some time now we have witnessed the construction of Terminal 2 at Dublin Airport. As has been recorded Michael O'Leary at Ryanair has been campaigning for a 'low cost' terminal which he was happy to finance and run.

This new Terminal is far from what he envisaged and is of high quality, with many new facilities and bristling with technology.

I had the opportunity of a look 'behind the scenes' last year and before Christmas Etihad's one flight a day started using the Terminal. Then yesterday, progressively, Aer Lingus started to move their flights from about lunchtime and so my own flight from Heathrow came to the new terminal.

I think (and I don't know for sure) that mine was the first Heathrow flight to dock and having been sat near the front and ready to spring, I was amongst the first off and certainly in the lead by the time I was at immigration.

So maybe, and who knows (or cares!), I was the first Aer Lingus passenger, the first UK passenger, oh maybe the first First employee, to arrive at Dublin T2.

I came back that way today and experienced the surreal and very temporary benefit of being one of a handful of people using an airport terminal designed for thousands. No queues at check-in, security, the shops or even the gate. Oh well, not for long!

You are hearing a glowing report of Dublin T2 and well done Dublin Airport Authority. But just to say that public transport (including taxis) is not quite so well served and the buses and coaches have been relegated to a not-well-signed and cold outdoor location. It does feel as if public transport is a poor relation at this magnificent new facility. Very sad to see airline passengers handled so well until they seek to complete their 'end to end' journey which we know is so important. Moreover it is public transport than brings so many of them in and for whom the provision of roadspace and car parking would be so expensive if it didn't.

I'm hoping for an improvement here as things develop and this important public transport hub makes the transition from road to air more seamless in the process.

Telling where we go

Comments back from my last blog have highlighted the use of printed destination blinds on our latest addition to the Green Line fleet against the electronic ones fitted to just about all of the new buses supplied nationally outside London, including to First.

This always produces much controversy but at the risk of repeating what I have said elsewhere here are my views:

I favour proper printed destination blinds because they can deliver very accurate letter and number shapes in an infinite range of typestyles and sizes, plus also an equally infinite range of colour combinations. Done properly (and I admit this hasn't always been the case), they conform to the well-understood typographic conventions including kerning (where the extremities of one character sits inside the natural gaps of others). These are known to register well with people reading them taking into account that people actually recognise word shapes and layout before they can naturally focus on the actual letters themselves.

Electronic displays have their upsides - they are cheap and quick to amend and there are no mechanical elements to go wrong. They are also difficult to set badly! However despite really good progress they cannot yet match the crisp clarity that printed material can. That being said it does feel as though near-print quality is not far off.

Printed blinds also continue to manage to make the distinction of separating our "official" information from much of the other clutter on the front of buses (adverts and so on).

A big step forward with conventional blinds has been the ability for them to be electronically tracked - this has meant for much better alignment, and the ability to control the side and rear ones simultaneously. I know this has added a new degree of potential failure but modern equipment is increasingly reliable.

Over 12 years ago I did experiment with a prototype system to have the same information at the back as at the front (pictured above) but sadly in those days the reliability was poor. It is much better now I am glad to say.

Pressure by the operators to improve things has been matched by the manufacturers - notably McKenna Brothers who have invested in all the equipment necessary to deliver the highest standard of printed blinds and ever-improving electronic ones as well. This is a great example of where the manufacturing side has listened and responded to the needs of the customer. And at the same time they also have great personal customer service too, led by Vin McKenna himself.

Take a look across at their website for the range of their products.