Year of the Bus

Year of the Bus will be centred around four themes - contribution to the economy, heritage, people and innovation of London.

We can look forward to celebrations across London throughout the year kicking off on 4th February with radio’s Robert Elms interviewing me at the London Transport Museum. (See website for tickets).

Events will take place at Brooklands in April, Central London in June, Finsbury Park in July, and hopefully at Millbrook’s Testing Ground in Bedfordshire in September. Plus numerous other local events in and around London.

Today at City Hall, Mayor Boris Johnson launched Year of the Bus to the assembled media. The star was undoubtably the silver-liveried New Routemaster LT150. Look out for these silver vehicles operating across London during 2014.

The Mayor reminded Londoners that its bus service is the life-line of London’s economy taking people to and from work, school and leisure to the tune of 6.5million journeys per day.

In fact, more passengers now use the bus than at any time since 1958.

Three London buses are currently overseas promoting British innovation and technology. The world is looking towards us hoping to learn more about how we carry as many passengers every day by bus as the for example, entire population of Rio de Janeiro! 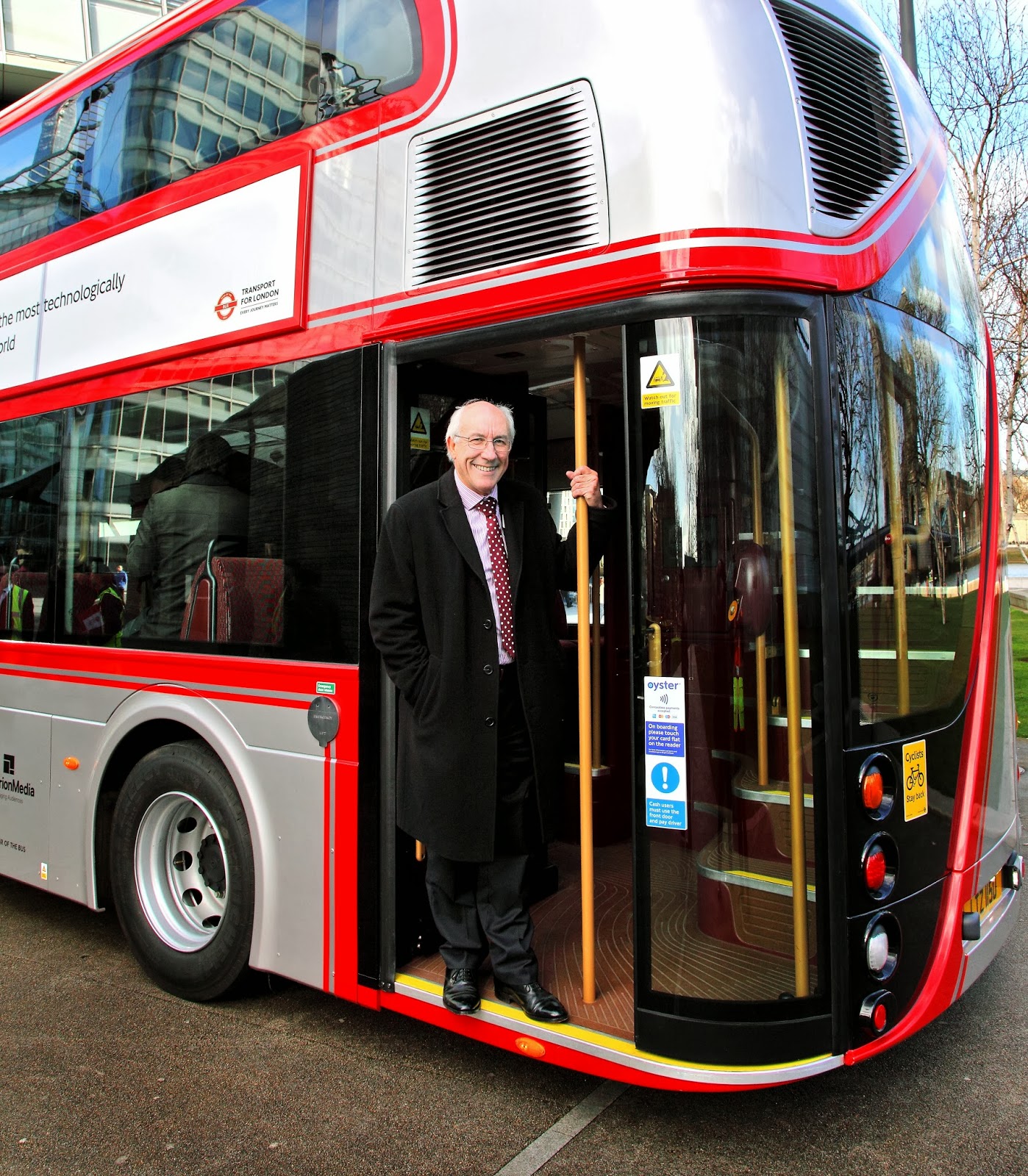 In the meantime, behind the scenes restoration continues at great speed on an old B-type bus which will arrive in London in the summer. Besides helping us celebrate Year of the Bus it will take front stage in the commemoration of 100 years since the declaration of World War I. Fittingly it will don the khaki livery before setting off for Flanders in the autumn.

We are set for a brilliant Year of Bus - full of activities - bringing colour and memories.

Welcome to Year of the Bus ! All good things, as they say, come to an end and I am afraid I have to announce that traditional Routemasters will be withdrawn from route 9 this July.

The last route to use Routemasters was route 159, disappearing from London’s streets in December 2005. Since then some have operated on parts of route 9 and 15 as a tourist attraction.

Originally they operated daily between Aldwych and Royal Albert Hall on route 9 and between Trafalgar Square and Tower Hill on route 15. Subsequently route 9 was recast to operate between Trafalgar Square and Kensington High Street and when the contracts were relet in 2010 the routes were rewarded to their original operators - First and Stagecoach. Hence when Tower Transit acquired part of First’s London business in 2013, the operation of route 9 transferred to them.

Route 15 has been of most value, helping with the peak hour flow into the West End whilst carrying tourists out to the Tower. Later in the day, it returns the tourists whilst again supporting the mainstream 15 during the evening peak. At certain times of the day, week, and year an empty bus starting at Tower Hill is a huge blessing when there are 50 or more visitors patiently waiting at there.

Routemasters on route 9 have not been quite so popular and the service has recently been operated by the ‘New Routemasters’ in the shape of the New Bus for London. Nowadays, those travelling for leisure purposes tend to choose the new buses.

With continued growth on our network and no new money, we reluctantly have to accept that the subsidy of over £1m for the tourist Routemasters on route 9 would be better spent elsewhere.

The change also eliminates the conflicting arrangement whereby the conductors on traditional Routemasters serve you at your seat and take cash, whereas the second crew member on the New Routemaster does neither. In addition, the hand-held ticket machines which have long since passed their sell-by date can now be recycled for use on route 15.

This also gives us the opportunity to select vehicles in the best condition, allowing them to continue to perform a useful function on route 15.

During the early summer, we will again arrange for an assortment of vehicles to operate on routes 9 and 15 - as part of this year’s celebrations surrounding ‘Year of the Bus’.

In the meantime, this is your last opportunity to see and ride traditional Routemasters on route 9. Don’t miss it!

(The proposed change is subject to consultation and contractual arrangements)

The top photograph is from 2006 when my newly-repainted RM613 was used alongside other interesting vehicles. Clearly visible on the platform is one of my co-owners and good friend Keith Farrow. A kind person sent me this photo but sadly neither my memory or the EXIF data tells me who. Will gladly credit it if you let me know! 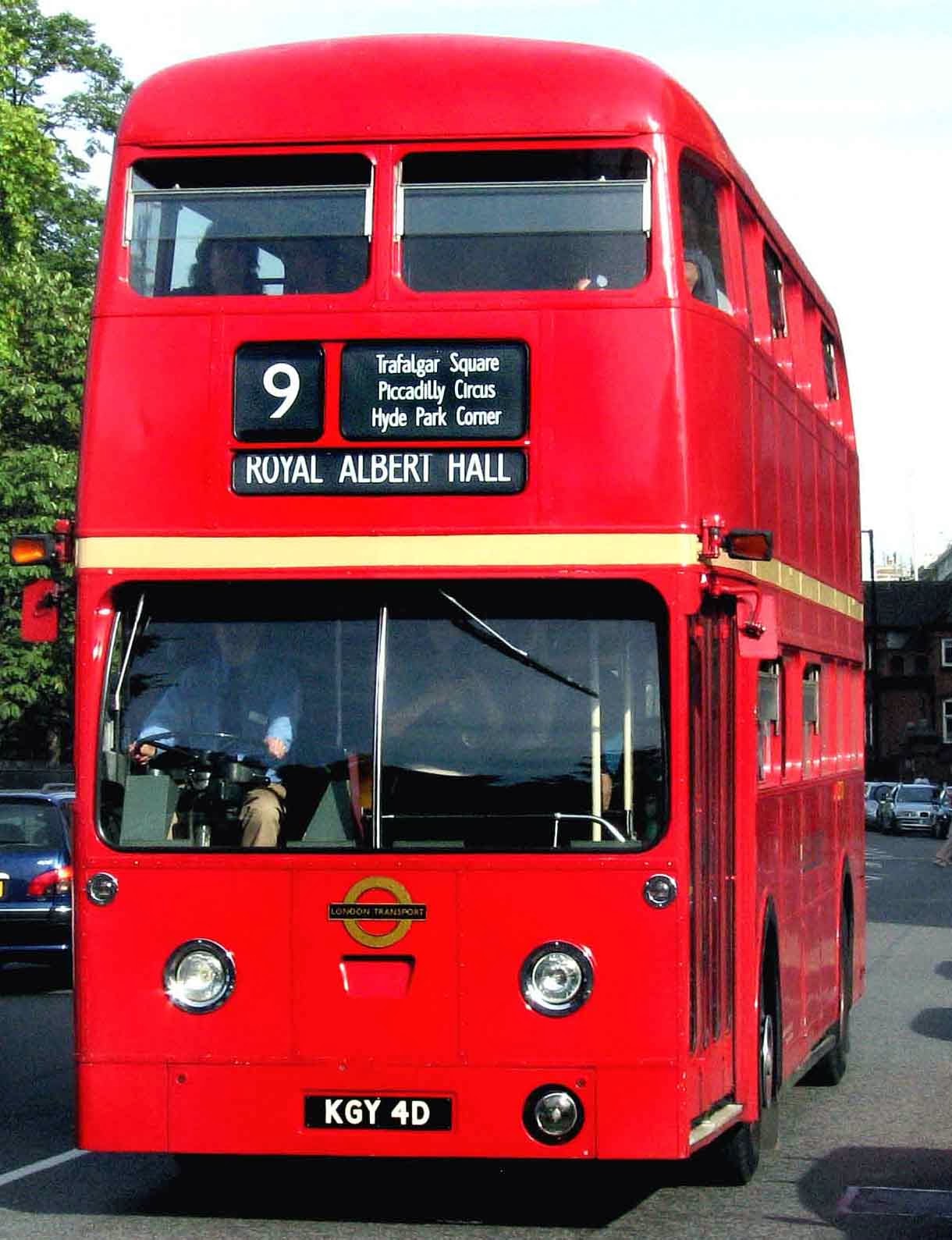