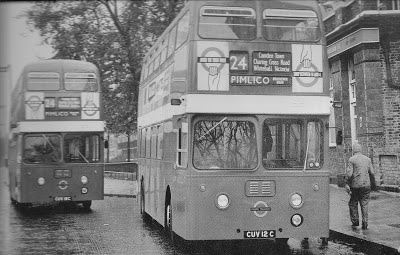 You might have been expecting a New Bus for London story last weekend but there was more than enough on-line for everyone at the time.

Better I thought to reflect on the introduction of the new fleet one week on.

Older readers will know that in the mass conversion programmes of the 1960s and 1970s, overnight changes were normal. More recently we have generally made progressive conversions of new types of bus which has meant that all the usual niggling faults, staff unfamiliarity and other teething troubles went unnoticed.

On 22nd June we launched thirty revolutionary vehicles and it was thanks to the tremendous efforts by Metroline that everything ran as well as it did.

With the new three door/two staircase arrangement, passengers too had to get used to the vehicles meaning that journeys were a bit slower than usual and there were a few gaps. As you might expect, with hardly any miles on the clock, the vehicles too had teething problems but this time – with the Mayor’s personal project in the spotlight – it was headline news.

Suffice to say, one week on the service is improving rapidly, the staff and passengers have got the hang of it all, and the buses are settling down. In fact the faults per vehicle are actually no worse than with any other type of new bus – just far more newsworthy.

Passengers love the new product – they like the Customer Assistants and the ease of speedy boarding. People still stand and stare at the bus as it progresses through Central London. Unseen of course is its tremendous fuel consumption and low emissions.

The last time route 24 was subjected to this type of shock – the introduction of London’s first rear-engined double-deckers on 7th November 1965 – nearly half of the fleet was being given roadside assistance on the first day and the service never really recovered.

But this is 2013. Our new bus is in 24-hour service delivering a promise made by the Mayor and for which the majority of Londoners voted in favour just over a year ago. And there are more to come..... 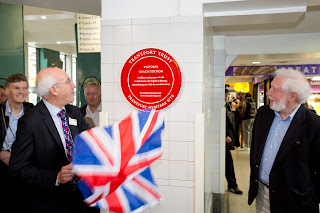 The start of the longest day of the year found me at Victoria Coach Station for the unveiling of the coveted ‘Red Wheel’ of the Transport Trust.

Launched in April 2009, the Trust launched its nationwide programme marking sites of historical interest with Red Wheel plaques. This is a brilliant initiative to commemorate Britain’s rich and globally important transport legacy and its development over time. The Red Wheel programme marks sites of special historic interest with a distinctive plaque.

Victoria Coach Station has served London and the whole of Great Britain since 1932 and it was fitting that it should be awarded a Red Wheel. I was thrilled to be asked to help unveil it with Stuart Wilkinson, Chairman of the Transport Trust.

However before the ceremony itself, a veritable line-up of old coaches arrived at VCS. They stood in a specially cordoned-off area lined up exactly as they would have been in years gone by to the amusement of the many hundreds of ordinary passengers passing through the coach station that morning. 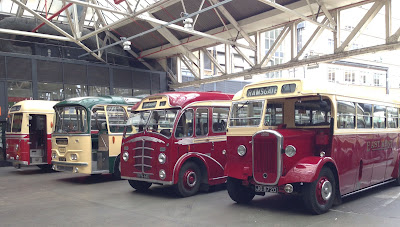 I had a chance to catch up with several of the vehicle owners and other visitors. Former Traffic Commissioner Chris Heaps was in attendance – himself a great enthusiast for transport history in the South West where he is from. It was also very good to catch up with Tom McLachlan, now well into his 80s, Managing Director of Grey-Green Coaches in the days when they only ran coaches. Grey-Green subsequently stopped running coaches, started running buses, and by acquisition morphed into what today we know as Arriva.
Then it was time to unveil the plaque – Stuart made his speech and I made mine. It was fitting, I remarked, that Victoria Coach Station is recognised with the Red Wheel having been the centre piece of high quality coach operation for over 80 years.
The work of the Trust helps remind us that the answers to many of our challenges of the present are contained in our history. For example, good customer service wasn’t invented by modern retailers but was common in all walks of life in the 1950s! 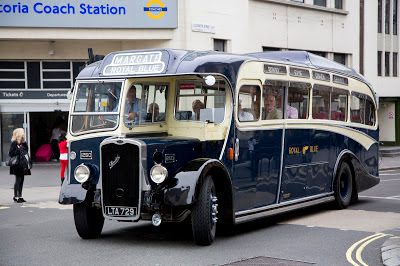 With the plaque unveiled I was delighted to be asked by Colin Billington to drive his Bristol LL6B from 1951 out of the coach station leading the convoy of vehicles on a commemorative run to the south coast. My expectation was that my short drive for a couple or so blocks would not require a gear-change in the five-speed crash box. But my TfL colleagues were all too clever with the traffic lights and I found myself being as careful as possible with the cogs in Colin’s gearbox whilst navigating the Victoria one-way system at the same time.

With both the outside and the innards of the Royal Blue coach more or less intact, I vacated the cab in Vauxhall Bridge Road. I then waved the convoy away on its expedition to the seaside – much like they did in the heyday of coach excursions over half a century ago.

Howard Collins down under 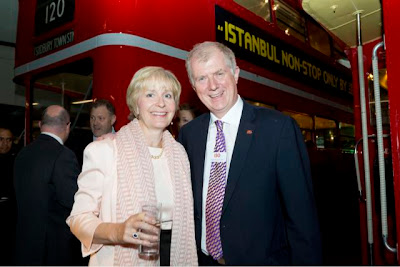 Several hundred of us said farewell to London Underground’s Chief Operating Officer Howard Collins on Thursday night at a private event at the London Transport Museum. Howard is leaving us this week to take up the post of Chief Executive Officer Sydney Trains.

Howard’s career spans some 36 years joining the then London Transport aged 18. He joined the Traffic Administration Training Scheme – one of the best schemes of its day - working on both the bus and rail side before becoming a Trainee Area Manager with spells on the District and Jubilee lines. He contributed considerably to the latter’s often painful extension to Canary Wharf and Stratford just in time for the opening of The Millennium Dome.

In the past couple of years as Chief Operating Officer he became famous for his appearances on “The Tube” – the documentary series which told the story of behind the scenes on the Underground – indeed his wife (pictured with him above) often said she saw him more on the television than at home. He was inevitably teased about this by his colleagues and every one of the (many) speeches on Thursday evening referred to his high profile media activity.

Rising to a challenge, it was Howard who decided it actually would be possible to run a real steam train hauling wooden carriages on the Underground to celebrate its 150th anniversary. That event was an incredible success, launching the whole year’s celebrations and bringing with it international attention and acclaim.

Howard was the lead for London Rail and Underground for the 2012 Olympic Games which rapidly became a full time job. He was deservedly awarded the OBE for his work on this.

The inevitable round of meetings and reports morphed into the practicalities of the Games themselves and most nights we would find him at Stratford Station, personal megaphone in hand, giving home-going spectators his own subtle brand of encouragement. We are sure there are still some passengers looking for the Jubilee line’s First Class carriages which were (he always said) “at the far end”. 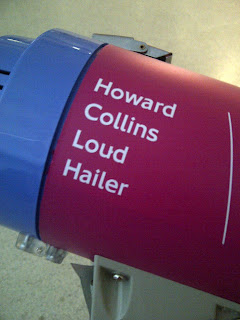 When all the crowds had gone we often walked through the deserted station for our own journeys home and what was often only a short night’s sleep before starting it all over again the next day.

Howard was one of five of us who shared, in rotation, continuous responsibility for transport - forming the Senior Transport Operator’s Group. As luck would have it, the rota often had him handing over to me which was always comforting as any issues arising on his watch were always resolved and never passed on. All of the agencies involved in the Olympics took great reassurance from his calm and authoritative style – indeed I have never seen him ruffled no matter what the circumstances!

He was completely absorbed and interested in all the transport being provided for the Games – not just the Underground. He found time to visit most of the venues and talk to everyone working there on transport. There are, in cyberspace, I am sure, thousands of photographs of him with individuals and small groups – TfL staff, others’ staff, volunteers, and of course, everyone who recognized him from “The Tube”……..

But having made such a contribution to the best Olympic Games ever what was left for him to do? So it was that the challenge of Sydney Trains became attractive enough for Howard to part company with his only ever employer and uproot his family to just about as far away as you can get. He will use his vast accumulated knowledge, experience and personal style to drive up quality and efficiency in his new home.

We all wish him huge success in Sydney – fortunately modern communications mean we will hear from him and he will hear from us! And with his ever-attendant sense of timing, he arrives in Sydney just in time to see the closure of that city’s monorail system a few days later……. 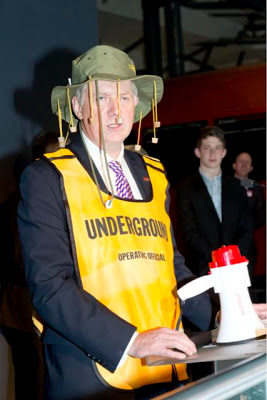