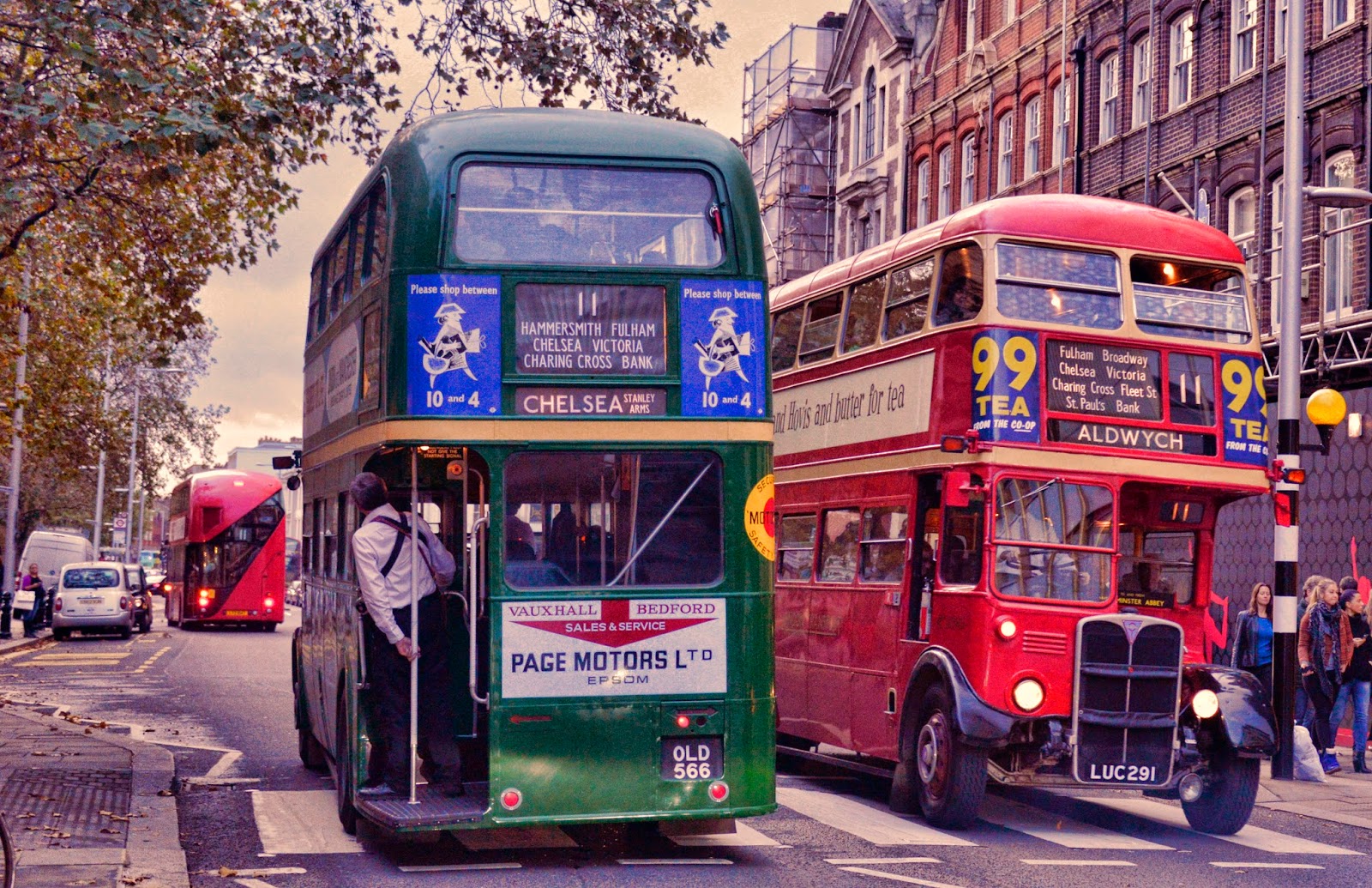 Our Year of the Bus celebration is coming to a close. After an extraordinary year we are undertaking the last few events.

A couple of weeks ago the Bus Sculptures were unveiled across London and today nearly 20 heritage RT family buses from the 1940s and 50s joined together in a celebration operation along route 11.

Retracing its route of the time, the buses ran from Liverpool Street Station (still the present terminus) through the heart of the City and West End to Chelsea and then on to Hammersmith and Shepherds Bush.

Rides were free and thousands of ordinary passengers were surprised and delighted when a bus some 60 or 70 years old arrived to take them on their journey. Passengers received commemorative tickets and the buses ran mostly full all day. Early rain did not dampen spirits and by the afternoon the weather was fine and dry.

The onset of dusk reawakened memories of over half a century ago as the yellowish glow of light bulbs heralded the arrival of the buses as they criss-crossed London amongst the flashing theatre signs in London’s West End.

Importantly the young – for whom this is not a memory but a story told by adults – were fascinated to see urban public transport as it was over fifty years ago. The buses themselves kept pace with London’s much changed traffic conditions which is a testament to British engineering from the post-war period.

For my part, I was delighted to be offered the chance to drive RT3232 (which once pounded the streets between Brentwood and Aldgate as a Green Line coach) and later RTW75, whose owner, Roger Wright stopped for me outside Peter Jones at Sloane Square. What the passengers made of apparently letting a random member of the public take over the driving we do not know. A brisk run at dusk through the West End brought back many happy memories from a long time ago.

The buses went home and the passengers vanished into the night. Some passengers only just noticing – but the majority enjoying a surprise trip back in time as they went about their business in London.