This week I've been at the UK School Games - an event bringing 1800 junior athletes to Gateshead for a four day event run on 'Olympic' lines with the competitors, trainers and marshalls all in an athletes village and events like swimming, volleyball and cycling taking place at various locations in the Newcastle area. 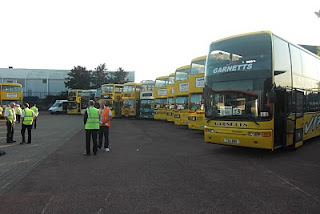 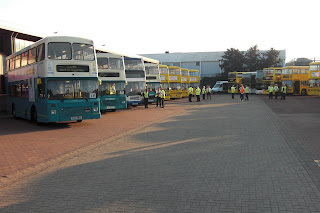 First is of course the exclusive transport provider for the UK School Games - but this year it has been a new experience as, after Bath and Cardiff, we are in the north east where we do not have a handy local subsidiary to help deliver the transport.
We are, therefore, working closely with our good friends Classic Coaches of Annfield Plain who have great experience of major events - indeed they have only recently finished the Tall Ships Race which required some 90 vehicles. 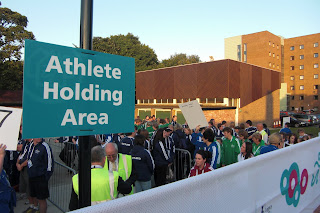 Sponsored by Sainsbury's, the UKSG brings teams and their support groups from all over the UK - by road, rail and air. All of them have to be brought to the athlete's village, transported to and from the opening ceremony in a short space of time and brought back again even quicker. After that there is just a constant stream of groups of varying sizes, with and without wheelchairs, with and without equipment, to and from locations in the area.
Not surprisingly then we have our clever co-ordinating staff working backstage and on site marshalling the groups and getting them underway.

A big job and again this year being delivered expertly - in something of a record all the athletes and their support groups were out of the Gateshead Stadium and on their way within 17 minutes of the end of the opening ceremony.

A much wider variety of vehicles this year - not only from Classic but also from Arriva, and a group of local independent operators who provided coaches and double-deckers.

We are used to rising to the logistical challenge of moving large groups of people and major events - whether planned or not! And as the sun sets in the north east over another successful UK School Games we start to prepare for next year - back on our own turf of Sheffield this time.
Lined up and ready for the off a selection of buses and coaches from around the north east are ready to be called forward for the opening ceremony boarding. Somewhere in the middle of that group is Classic Coaches MD Ian Shipley rapidly ageing! And a glimpse of the athletes gathering in the pre-board area. If you look closely you will see me discussing the next move with First's Group Public Affairs and Communications Director Paul Moore.
....